Women-only triathlons in the spotlight during Award of Excellence nominations 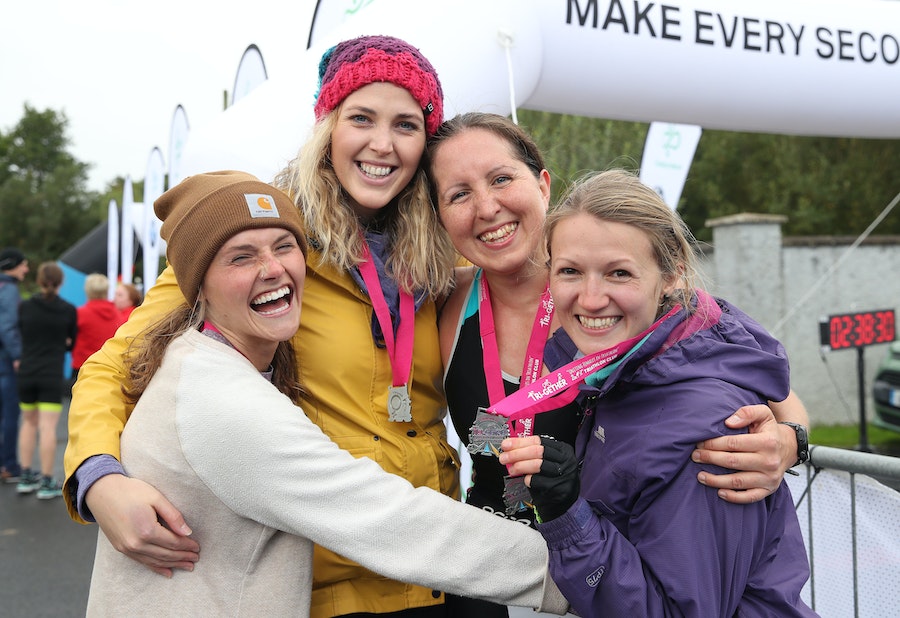 Nominations are still open for the 2019 ITU Award of Excellence, the annual Women’s Committee celebration of the contributions made by and towards women at all levels of the sport by members of the triathlon family. Whether opening up pathways to newcomers or Elites, coaching or educating, raising awareness of gender issues or by being an exemplary role model for female athletes, the award is part of ITU’s continued efforts to bring more women to the sport.

One element that has become increasingly popular within triathlon is that of women-only triathlons, in which organisers create environments for women of all ages to feel more at ease with the prospect of racing for the first time, as well as raising awareness and giving new opportunities to young people. It is something that last year’s winner, Theresa Roden, is intimately aware of, having attended her first triathlon in her thirties before going on to form i-tri, a girls-only triathlon club in the USA (you can read more about Theresa’s work here).

One such event on the horizon, being held on 1 June, is the annual Herzliya Women’s Triathlon in Israel. Organised in memory of Tamar Dvoskin and her mother Susie, the annual event is now run by Tamar’s father Danny, after Susie passed away in 2017, swelling from 50 participants when the mother-daughter duo first took part to over one thousand expected next month.

“The event has helped to transform the lives of tens of thousands of women,” says Tamar’s brother Oren. “For many participants, this was their first “real” sporting event, the first time they truly challenged themselves, and has then led to a complete change of lifestyle through sports. It is very powerful to see participants beginning as young women, then returning as parents with their families.”

In Italy, the most recent Challenge Women event was held in October 2018, organised by the FITRI Women’s Committee following on from the previous year’s TryToTri individual super sprint and relay events for female newcomers to the sport held as part of the Challenge Forte Village in Sardinia.

The second half of 2018 also saw the Tri-gether Women’s Triathlon in Donegal, Ireland, organised in conjunction with the Letterkenny 247 Triathlon Club. Over 100 women took part in the event, with many of them completing a triathlon for the first time.

The Serbian Triathlon Union has targeted an increase in female participation from grassroots to the national level through a new programme devised by coaches Ljudmilla Medan and Aleksander Gavrilovic. Talented Tri Girls brings together female athletes aged 13-19, and by last year had helped to double the number of girls taking up the sport in the country.

“In the Talented TRI Girls training camps we are creating a safe environment for young female athletes to be able to discover the best of themselves,” say the organisers. It is hard to argue against that kind of clarity of goal for what has become a benchmark for the sport.

USAT sanctions over 100 women’s only triathlons every year, including the Mighty Mujer Triathlon in El Paso that began in 2012, raising money for the local Center Against Family Violence with 350 athletes taking part. The challenging course has since become a huge part of participants’ lives, returning every year to grow the sport and empowering all involved, as well as expanding into other cities including Austin (9 June), Tucson (5 October) and, eventually, Miami in May 2020. Philadelphia will also host its own Women’s Triathlon for the second year running in the summer. Attracting 1,350 women to its inaugural event in 2018, this year’s race takes place on 7 July in the City of Brotherly Love.
—

All National Federations are invited to submit their nominations for the 2019 Award of Excellence by 29 May
Download the form here and the nomination criteria here.