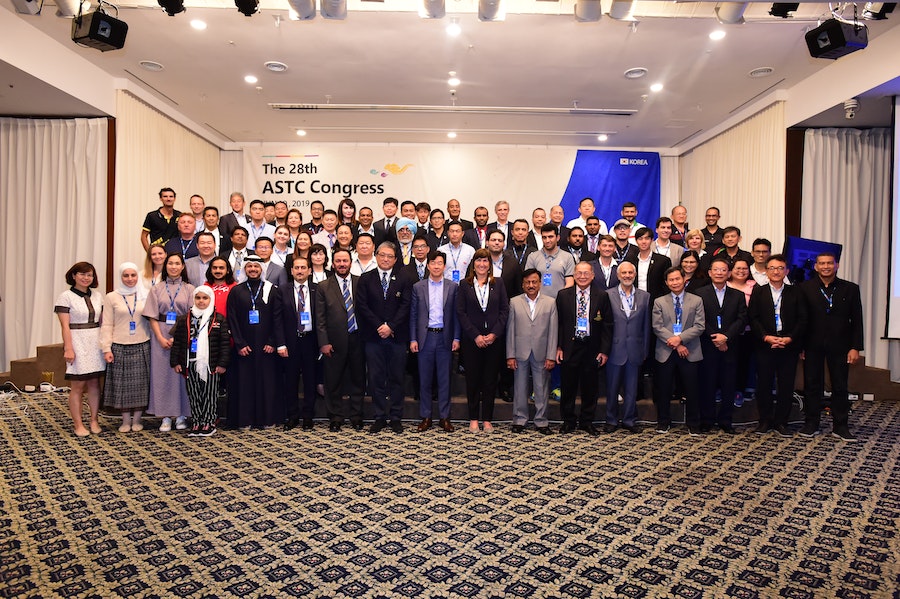 The city of Gyeongju, Korea, has successfully hosted the 28th ASTC Congress, which has resulted in the re-election of Mr Justin Sukwon Park as President for another term of four years. Gyeongju was also host for the ASTC Triathlon Asian Championships, with Oscar Coggins (HKG) and Ai Ueda (JPN) claiming the titles in the elite categories.

“Last year, we have made eye-opening progress and remarkable success for the development of Triathlon in Asia”, said Mr. Park. “We successfully held 33 ITU and ASTC Sanctioned events, and successfully organized the 2018 Jakarta-Palembang Asian Games with approx. 50% increased number of athletes from 21 countries. We also successfully held various development projects and secured enough number of qualified coaches and technical officials last year. We also launched financial support program for the developing countries and young athletes to provide them more race opportunities and as the result of this program, young athletes from developing countries are significantly increased in ASTC sanctioned events”, he explained, before promising his continuos support to the growth of triathlon in the region for the next four years.

“I want to extend our most sincere congratulations to Justin Park for his reelection, and also to the women that have stand up and present themselves for the ASTC Board, you have all my support. Bringing more female presence in our organizations will be very positive for all, and will show again that we are an organization always considering gender balance in all aspects. I want to extend our gratitude also to the Korean Triathlon Federation for their warm welcome and the organization of the Congress, and also to Shin Otsuka, from the Japanese Triathlon Federation and also an ITU Board member, for his support on getting NTT on board as an sponsor for both ASTC and ITU”, said ITU President and IOC member, Marisol Casado, present at the Congress.

The Asian Triathlon Confederation (ASTC) was established in 1991 to develop the future of triathlon in greater Asia. Currently 35 national federations are affiliated with ASTC and that number is steadily increasing as current ASTC President and Sec. Gen. communicating hard to continue to develop and support emerging national federations.