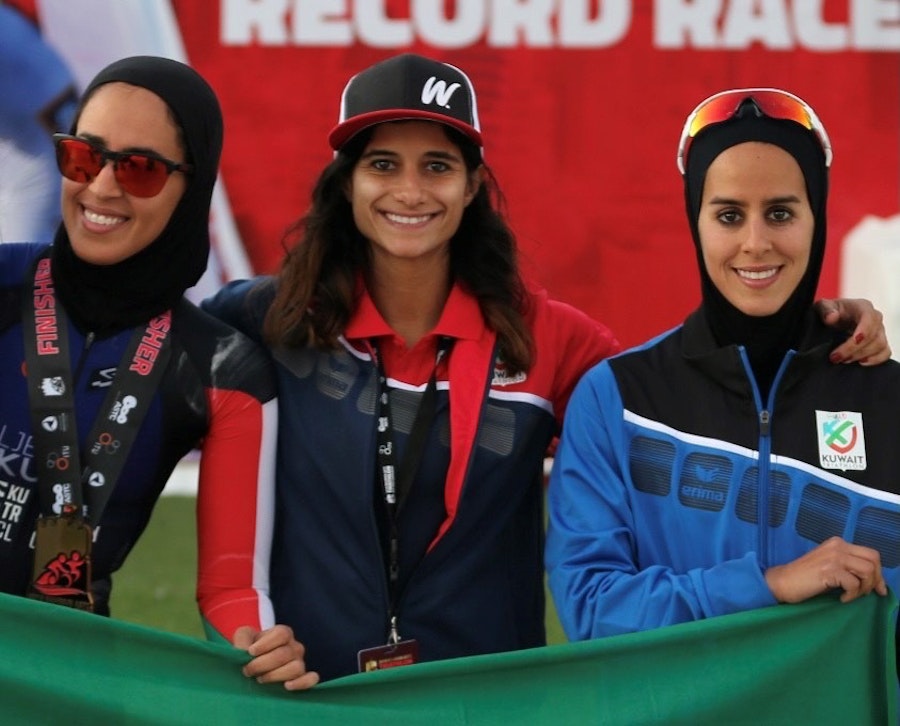 Rabaa Al Hajeri has been involved in the sport of triathlon in Kuwait for over a decade, as an athlete and co-founder of the first triathlon club. As a board member to the newly formed Kuwait Triathlon Federation (KTF), Rabaa Al Hajeri holds the position of Assistant Secretary General as well as the Head of the Technical Committee.

How are you involved in the sport of triathlon and how were you introduced?
I’ve been involved in Triathlon for over a decade, In the earlier years I was a Triathlete, from 2009 till 2014. Today, I am involved in Triathlon from a macro / managerial way, as I was elected to the newly formed Kuwait Triathlon Federation (KTF) in September 2019 as a board member with the role of an Assistant Secretary General, as well as the Head of the Technical Committee, on the account of my experience in the sport both as an athlete and a co-founder of the first private triathlon club “The 3 Club” back in 2010.

As an Assistant Secretary General, I am in charge of communication with World Triathlon, and ensuring that KTF is working towards achieving the goals set in its 4-year strategy. We aim to develop and elevate the standard of the sport in Kuwait in all aspects, athletes, technical and organisational.

In my role as Head of the Technical Committee along with current members (Najla Al Jeraiwi, Ahmad Al Sharhan, Eissa Al Nashmi and Faisal Al Muhanna) and with the support of our Technical Director Vicent Beltran, we are working on the technical bylaws that will help govern our sport locally, establish athletes’ pathways. We will also develop the annual technical plan that includes the training calendar, camps, participations as well as all the development and educational courses that will help us produce national coaches and technical officials.

I was introduced to Triathlon in 2009, I was working as an editor for a student magazine, and was writing an article about one of Kuwait’s first triathletes: Ahmad Al Majed who’s currently the head of Suffix Sports Management Company, one of Kuwait’s leading sports management agencies which organizes the annual Flying Start Triathlon and is considered as one of the biggest contributors to the growth of the sport over the last 10 years.

Ahmad adopted me athletically and trained me for my first race which was the Garmin Barcelona Triathlon in Spain in 2010, I competed in the sprint distance and got hooked to Triathlon right away. It took us about a week to put the initial plan to start our own local club “The 3 Club” to introduce the sport to as many people as possible.

I quit everything and managed the club alongside Ahmad Al Majed for 4 years from 2010 to 2014. During those years I worked and trained at “The 3 Club”, joining several races in Abu Dhabi, and Valencia Spain with club members. In 2014, we decided to close the club due to the lack of growth opportunity at the time for the sport, as we lacked an official body to organize the sport and our efforts to organize one led to less than satisfactory results.

After closing the business, I quit Triathlon and focused more on obstacle racing, running and mountain climbing as well as my professional career in a socially driven sports management company “eightypercent.co” that my twin sister and I founded in 2014. This allowed me to work closely with sports entities from both the public and private sectors, such as the Public Authority for Sports and the Kuwait Olympic Committee. This experience contributed to me obtaining my new position as a board member in Kuwait Triathlon Federation today.

Do you have any mentors in the sport?
Yes, a number of leaders and athletes in the field have contributed to shaping my journey and helped me grow from athlete to being an official member in the KTF today. And to them I am immensely grateful, to name a few that I look up to in this sport.

Vicent Beltran for his unwavering dedication to the development of the sport and for his immense contribution to “The 3 Club” back in 2010 and currently as the technical director in the federation.
Najla Al Jeraiwi for her inspiring journey in this sport and her great efforts in spreading the sport today both as an athlete and a coach.
Ms. Fatema Hayat a Kuwait Olympic Committee Board Member and Head of the Women Sports Committee in Kuwait for her continuous support and guidance to date.
Dr.  Saqer Al Mulla the Deputy General Manager of Competitive Sports in the Public Authority of Sports

How would you describe the triathlon landscape in Kuwait?
It’s growing stronger year after year, thanks to the efforts of local clubs and local triathletes who kept the sport strong. Hopefully now as an official Federation and Club we will continue building on those efforts and support the Triathlon community to reach new levels for Athletes, Competitions and Capacity Building.

Who is involved in the triathlon club?
Today I can proudly say that most our committee members and staff are from the sport، at the KTF we made sure from the get-go to reach out to the local Triathlon clubs and community, we met with several stakeholders and athletes that have kept triathlon active over the last couple of years, below is a quick snapshot of who’s part of our committee and managerial hierarchy. 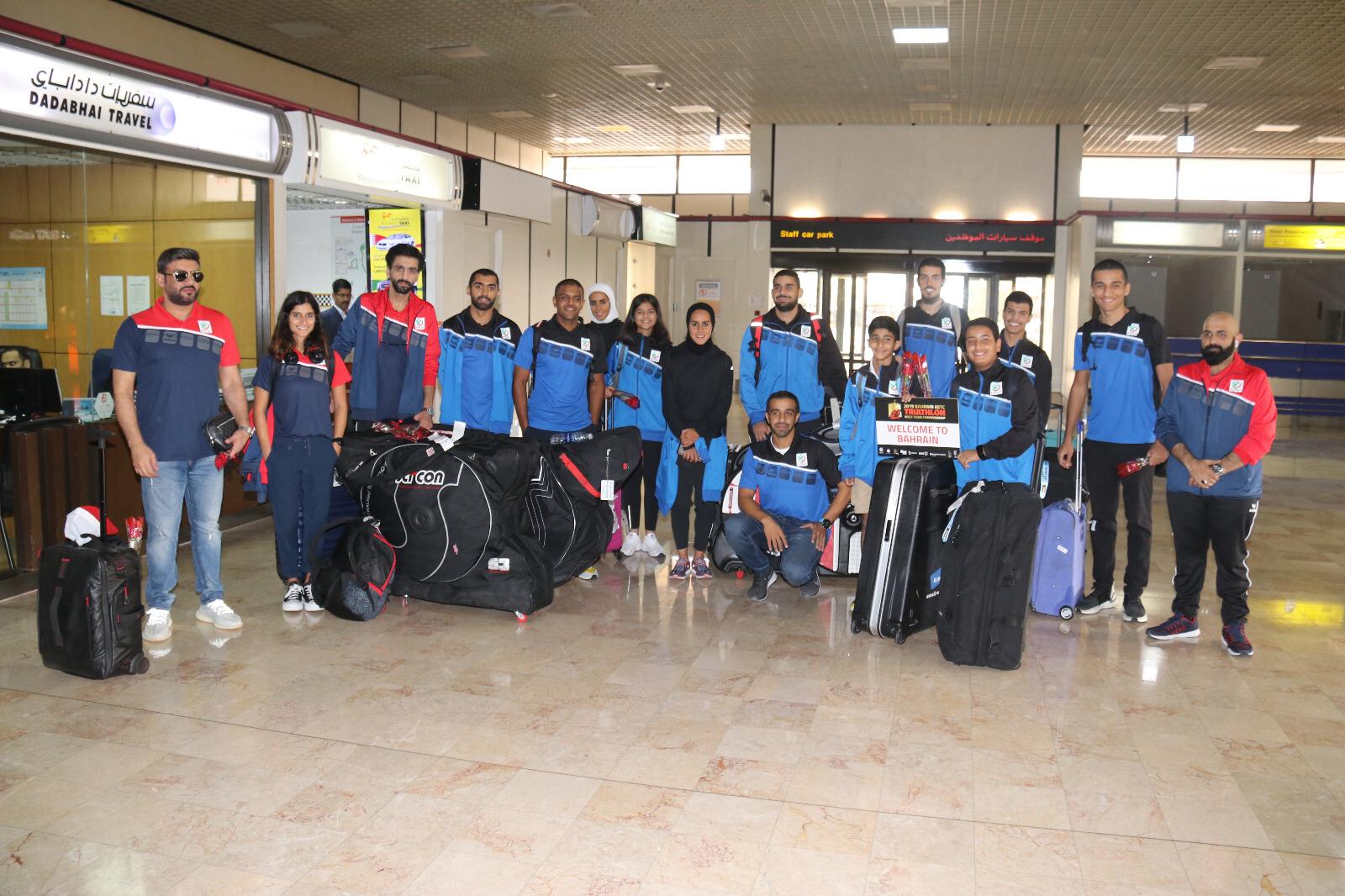 Can you please explain the training schedule, sessions and locations?
We are currently operating temporarily at the Kuwait Olympic committee headquarters in Jaber Al Ahmad, training has been on halt in Kuwait due to the pandemic and its ramifications on the community, but we are currently preparing our facility and training schedule to start receiving athletes as soon as possible.

We have 67 registered athletes, we are currently testing their fitness levels, getting their bio data and completing their athletes’ profiles, to ensure each athlete is set with the right plan to reach their maximum potential in the sport. 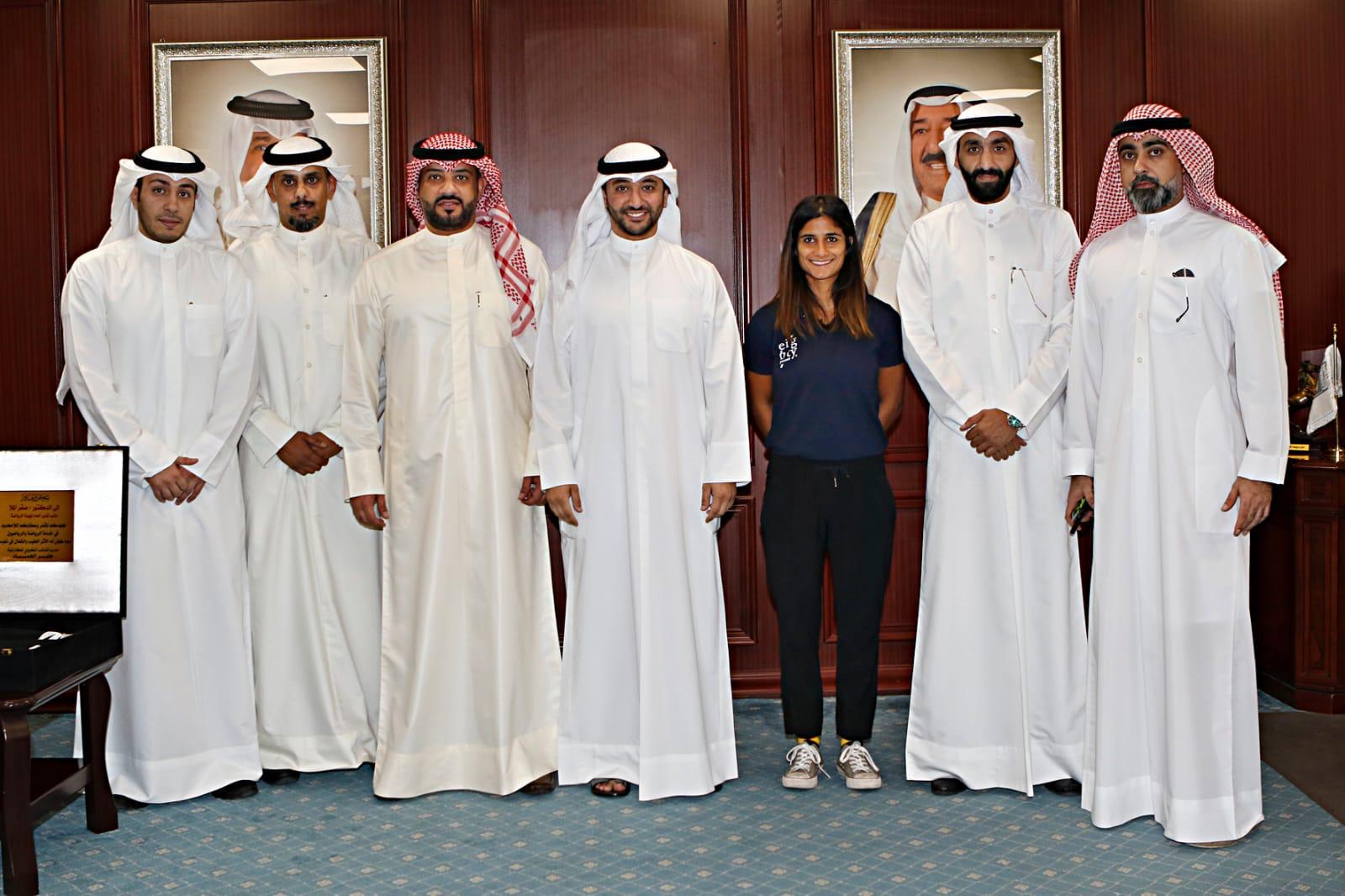 What are your ambitions for triathlon in Kuwait?
I hope to one day see a full-fledged state of the art Triathlon training facility that is fully equipped and staffed with highly qualified professionals to produce competitive athletes and provide all the support required to hone the talented athletes and offer them opportunities. Our aim is to put Kuwait on the map when it comes to high performing athletes, to contribute in expanding the sport of Triathlon, to organize/host highly competitive and top notch races, and finally to elevate the standard of the sport in the country on every level!

What are some of the barriers for taking part in triathlon in Kuwait?
Right now, I would say there are much less barriers than before, but perhaps we need to provide safer cycling routes as well as better facilities to enhance the potential of our athlete’s competitiveness and overall level. As well as bridge the communication gap between the KTF and the athletes by providing all the necessary information and opportunities to the community via all available communication channels.

Why triathlon?
Because it encompasses 3 different disciplines, each with its unique training and conditioning that allows athletes to really test their limits.  I have always been fascinated by pushing limits of endurance and boundaries of fitness and for me triathlon offers the opportunity to do so.

The importance of communication and collaboration in this sport has never been as imperative as it is now, and I hope that through our work at KTF we are able to collaborate with all entities that share the same vision and expand the reach of our sport even further. And finally, I hope to see more women in positions of leadership in sports federations throughout Kuwait.

I’m currently the only women on the board and the 2nd women to ever be elected in a sports federation in Kuwait. 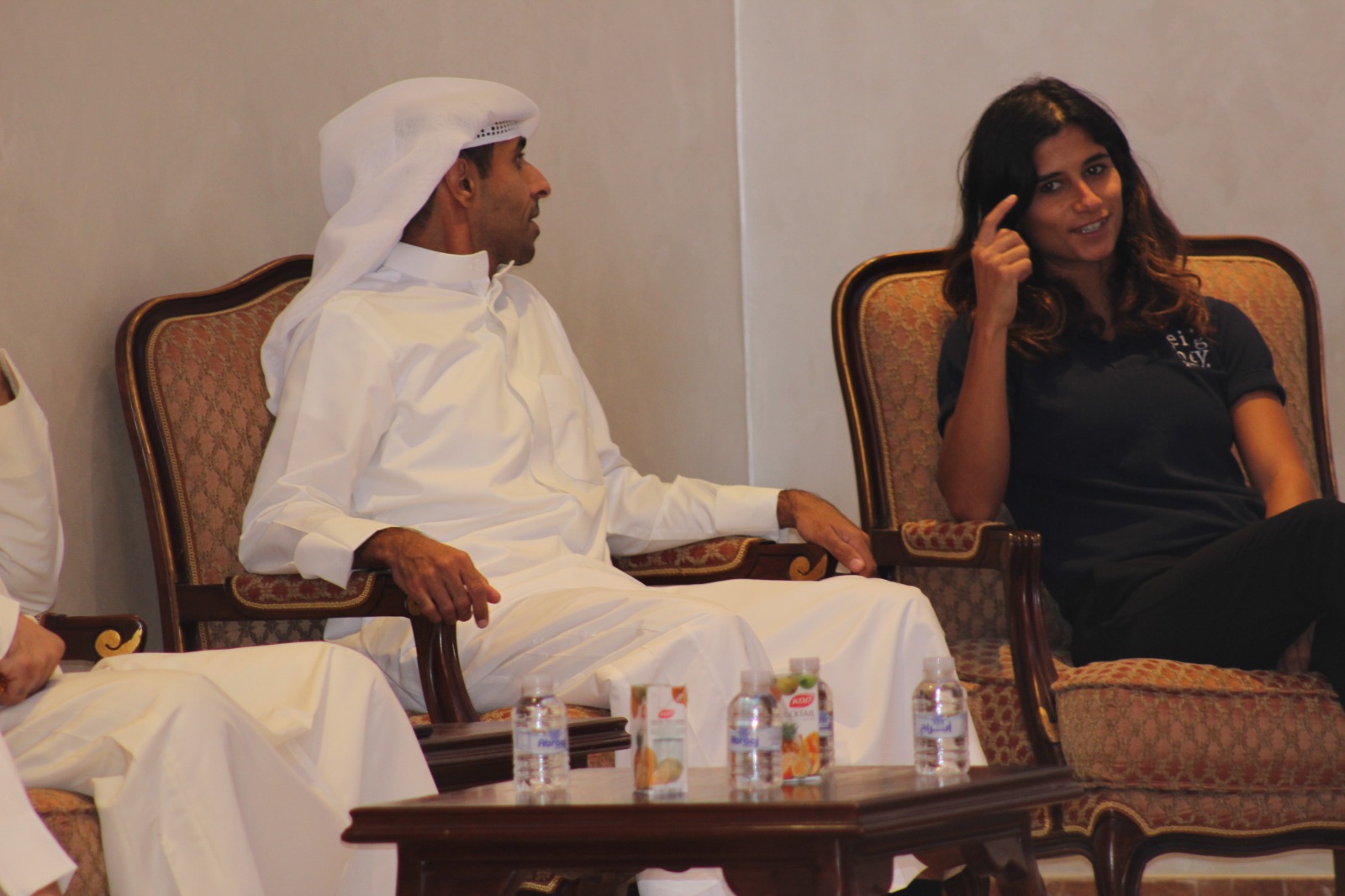