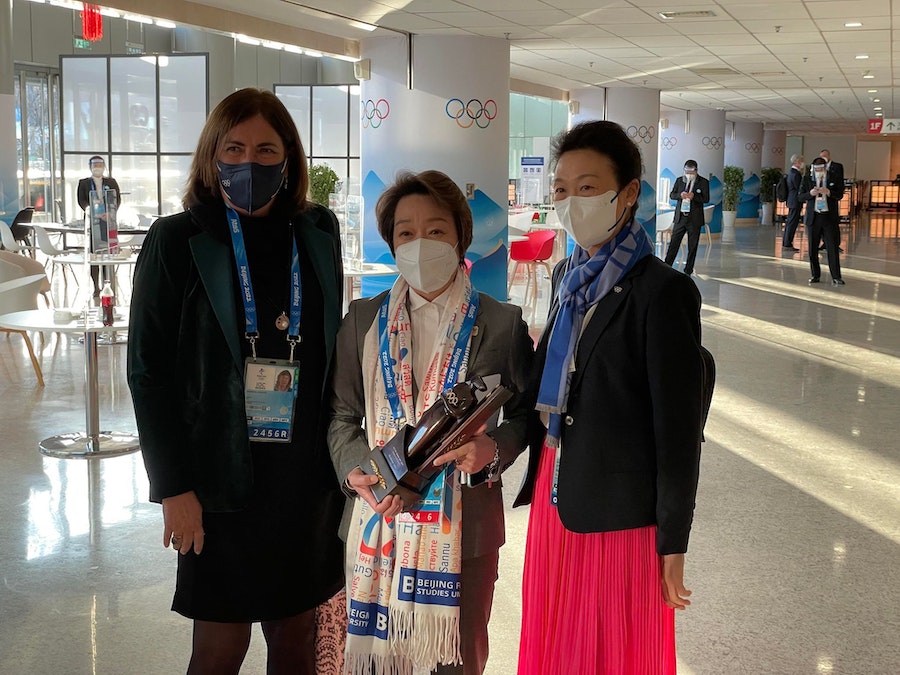 The World Trophy of IOC Women and Sport Award 2021 was awarded to Seiko Hashimoto, President of Tokyo 2020 and former Minister of Olympics and Paralympics of Japan, at the 139th IOC Session held on the eve of the opening ceremony of the 24th Olympic Winter Games in Beijing. 7-time Olympian, Seiko Hashimoto earned many medals across her career in speed skating, including a silver at the 1989 World All-round Championships and bronze at the 1992 Albertville Winter Olympics, while participating in 3 Summer Olympic Games as a cyclist.

After turning to be a Diet member (House of Representatives, Japan), Hashimoto’s exceptional courage and commitment to sport, fostered her to pioneer in realising gender equality in society. She served as a locomotive for establishing a maternity leave system and a child care facility for Diet members, during her services as Minister for Measures for Declining Birthrate, Sports and Gender Equality, Minister for Olympics and Paralympics, and Minister for Women Empowerment.

Seiko Hashimoto assumed the president office of Tokyo 2020 OCOG, when Tokyo was in the midst of adverse sentiment of the local population - against hosting the Games with the fear for the unprecedented spread of COVID-19 and gender equality concerns. In less than 2 weeks, she increased the ratio of women in the Executive Board of Tokyo 2020 Games from 20% to approximately 42%, by inviting 12 experts from various fields (all women), including business, academia and sports, as she pledged upon the assumption of the presidency. She served as a driving force in delivering the successful Games with diversity, inclusion and gender equality spirit.

“Without her, Tokyo 2020 would have taken a long time to leverage the people’s feeling upwards for delivering the successful Games, as it was a critical time with less than a half year left before the opening of the Tokyo Games,” said Marisol Casado, President of World Triathlon and IOC member and hailed her award-winning as “well deserved.”

Casado continued by saying that she felt happy that an excellent exemplar was recognised by the IOC with its supreme World Trophy of Women and Sport Award.

Seiko Hashimoto also has a close relationship with the sport of Triathlon as she has been the president of the Triathlon Parliamentary Support Group, composed of 55 Diet members. The Continental Trophy was also awarded to 4 prominent women and 1 organisation, within the respective continents. In 2010, the founding president of World Triathlon (then the International Triathlon Union, ITU), Les McDonald also received the Trophy of Americas of the IOC Women and Sport Award, for his pioneering policy for gender equality and inclusion, which were manifested in the totally equal prize money for both men and women from the inception of World Triathlon (formerly ITU) and inclusion of physically challenged athletes at mass participation events even in those days far before Para Triathlon officially came into being.

This spirit has been cherished and further nurtured by Marisol Casado. As President of the international governing body of both Triathlon and Para Triathlon, as well as IOC member, Marisol Casado is a leading engine for women empowerment and gender equality, not only in the sport of Triathlon but also across all sports. Marisol Casado led the IOC gender equality working group, to review challenges in gender equality and compile effective recommendations, to better society through sports. 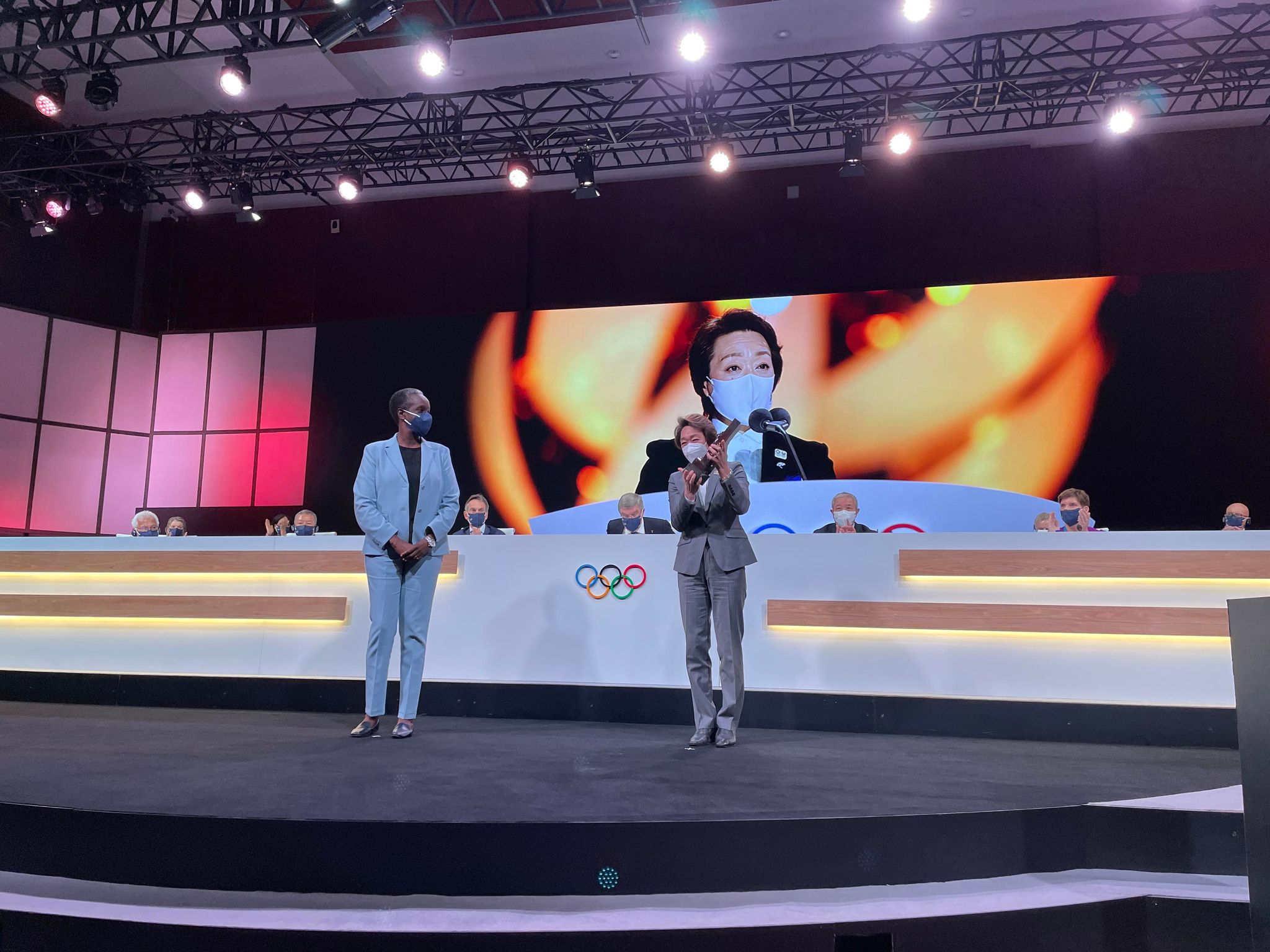