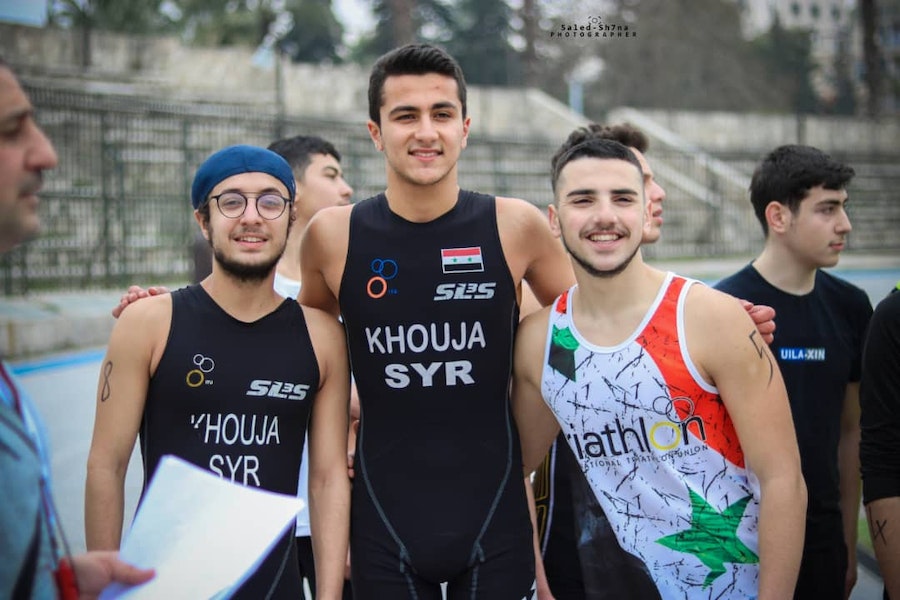 ITU Development this week received an inspirational story out of Aleppo, Syria, where coach Noor Khouja was among the members of the local triathlon community who worked their way through mounds of rubble and wreckage to create a course on which they were able to hold an Aquathlon last Friday.

More than 70 athletes competed in the event that showed the resilient and promising nature of the country’s crop of young athletes. The youngest to take part was Yazan Anjek (born 2012), with the Men’s and Women’s champions Ehab Khallouf and Roxana Haider both born in 2000. Mohammed Yaserjy and Abrar Aldalee won the Youth races, Magd Assad and Farah Haj Hassan the Junior and Amr Enjereni and Naya Said Ali the Kids.

“One month ago, my city of Aleppo was devastated with the random bombings that were falling on all the neighbourhoods, and which eliminated the participation of our triathletes,” said Noor Khouja. “It was very dangerous for everyone to come to practice. After Aleppo was declared free of terror, we the Aleppo Triathlon Family decided to celebrate in our own way, by holding this amazing event that gathered all of our triathletes together again.”

“The course was full of wrecks and the coaches of Aleppo cleaned it up and organised the event. The triathletes were very excited and full of passion to participate in triathlon racing again, and I think that this has had a great impact on everyone involved in triathlon here. We learned that after war, there is a chance to thrive and after destruction, there is rebuilding. And that here is always hope.”

As the sport continues to flourish against all the adversity the athletes face there trying to keep to a training schedule, two Syrian athletes, Mohamad Alsabbagh and Mohamad Maso, have been nominated for the IOC Tripartite Invitation Places to represent their country at the Tokyo 2020 Olympic Games.